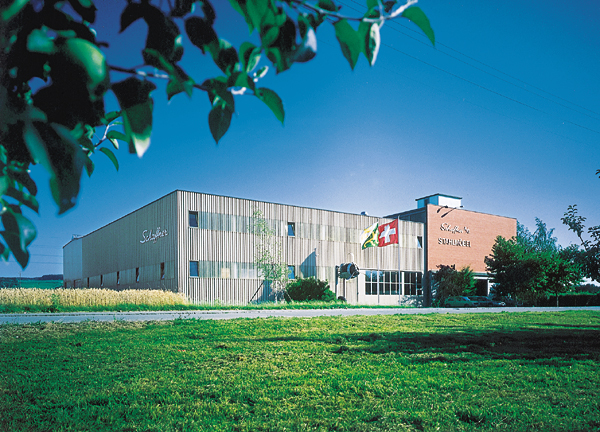 For more than 60 years we have been developing and producing high-quality garden furniture made of metal and fibreglass. These are manufactured with care in our factory located in the Swiss village of Müllheim. To ensure that your SCHAFFNER furniture is long-lasting, we only use high-quality and durable materials, such as pure fibreglass or pure polyester powder coating. We are one of the last garden furniture companies producing in Switzerland and we are proud to label our products with «Made in Switzerland»! 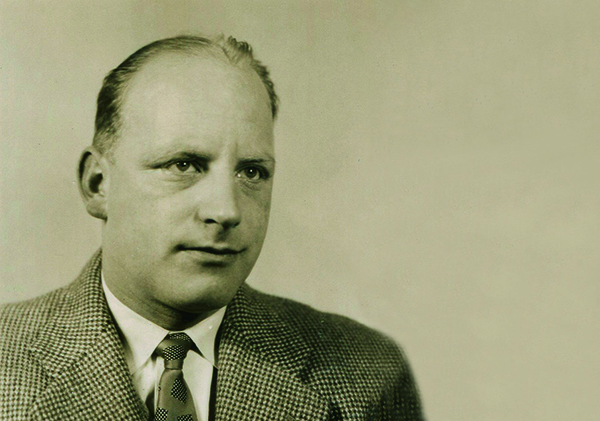 In 1954, Peter and Annemarie Schaffner began to manufacture tubular steel stools with upholstered seats in their home in the Swiss village of Fruthwilen, for which the tubular steel frames were supplied by an external company. Later, garden chairs with plastic cord covering (spaghetti chairs) were added. They also started to produce zig-zag and wall-ladder book shelves. The wooden parts for these were purchased from woodworking companies. The products were sold successfully trough department stores and the business grew. So the construction of a production plant with possibilities for expansion became necessary, as well as the search for a suitable patch of land, which was found in the Swiss village of Müllheim in 1963.

In 1964, a first hall, which had been bought from Volg in Winterthur and dismantled there, was erected in Müllheim, on an open field, against much resistance. 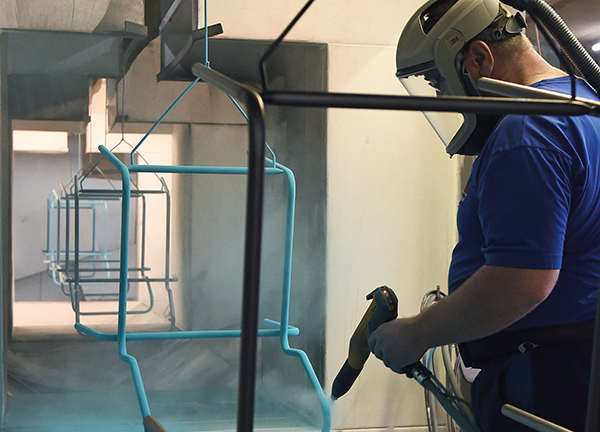 In 1968 a very modern painting and powder coating plant was built. Therefore, an extension to 3 floors with an elevator installation was necessary.

In 1971 a contract was agreed with the company SULZER in Winterthur, for the supply of fibreglass table tops produced with a patented process developed by SULZER. The necessary, very expensive moulds had to be provided by the company Schaffner. This cooperation became a great success.

In 1972, the sole proprietorship was converted into a family corporation for reasons of inheritance law. Share capital = CHF 250'000, fully family-owned.

In 1973, the hall was enlarged with an extension to the south, to accommodate the steel pipe warehouse with cutting facility.

In 1975, after a short time, the SULZER company stopped the production of fibreglass parts and sold the patent rights to the NTP company located in Norway. Schaffner AG was thus forced to have the table tops manufactured by this company. The exclusive sale of the table tops produced with the moulds owned by Schaffner was secured by contract. The sale of tables with fibreglass tops increased steadily, but NTP was never able to meet the demand on time during the season. Aggravating and expensive factors were the long transport distances, ongoing price increases by the Norwegians and exchange rate fluctuations. In order to enable short delivery times, Schaffner had to stockpile a one year’s turnover of table tops.
1976 To eliminate the unsustainable conditions of 10 rented external warehouses, the warehouse east for semi-finished and finished products was built. The relocation of production from Norway to Switzerland was discussed. Such a bold step had to be well thought out and planned. After years of clarification abroad, the family council decided to take this step with a necessary investment of 2 to 3 million Swiss francs. 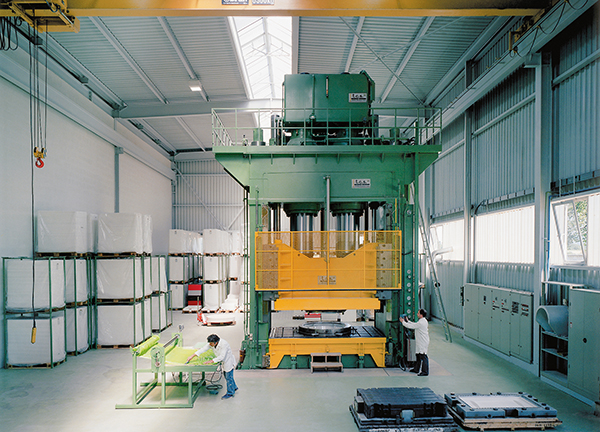 In 1984, the new press hall was built and the, in these days, largest polyester press in Switzerland, was assembled (weight: 150t, pressing force: 1'500t). At the same time, all pressing tools for table tops were removed from the Norwegian company NTP and brought to Switzerland. In the summer of 1984, the first pressing tests were carried out and production started in a single shift for the time being. In order to intensify the export business, the company participated for the first time in the international trade fair SPOGA in Cologne. 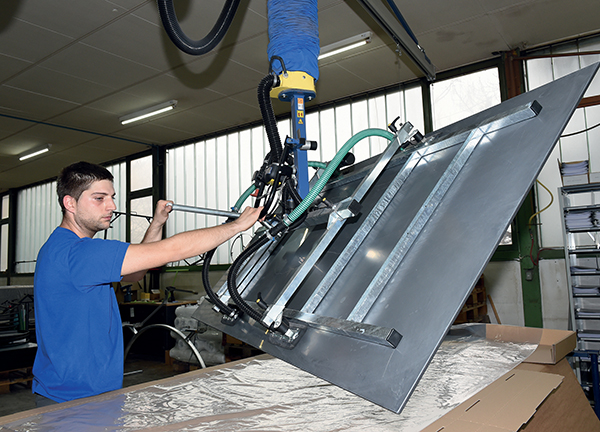 In 1986 the company increased their capacity from a one- to a two-shift production of table tops. 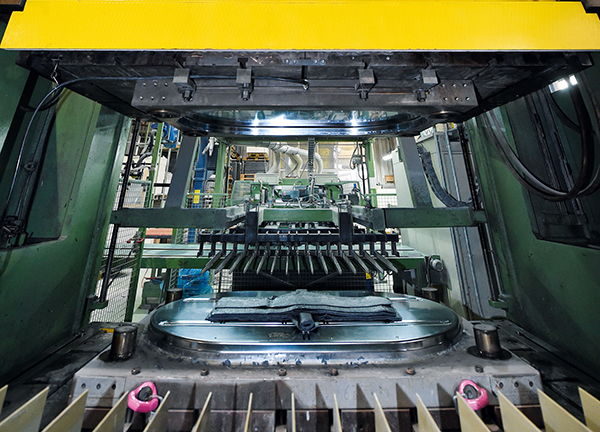 1988 an automatic insertion and removal system for the fibreglass press was constructed and put into operation. This plant allows a fully automatic production.

1992 Martin and Theo Schaffner took over the management.

1994 Martin and Theo Schaffner bought 100% of the Schaffner AG shares. 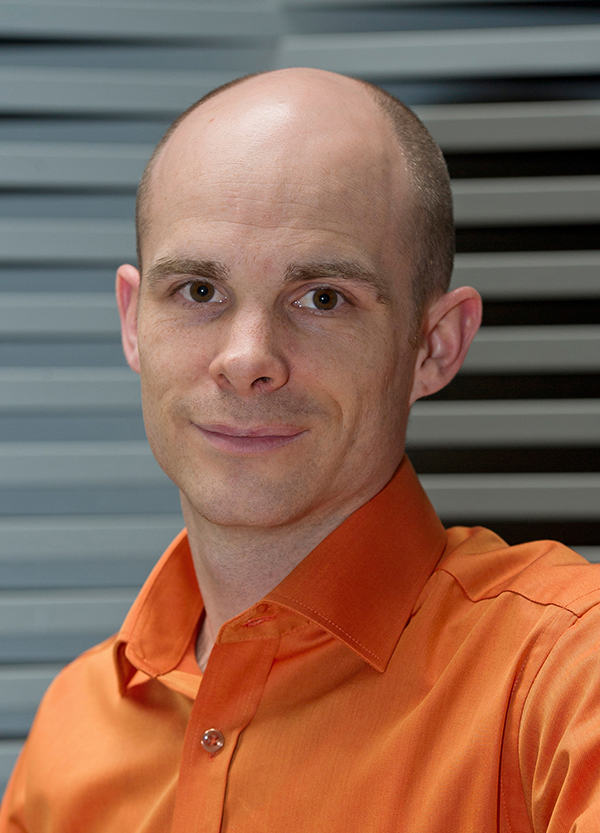 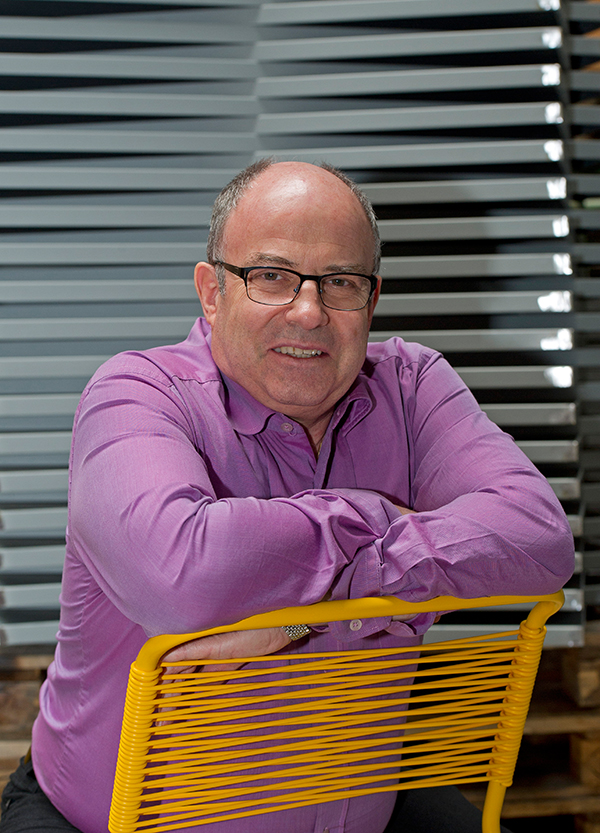 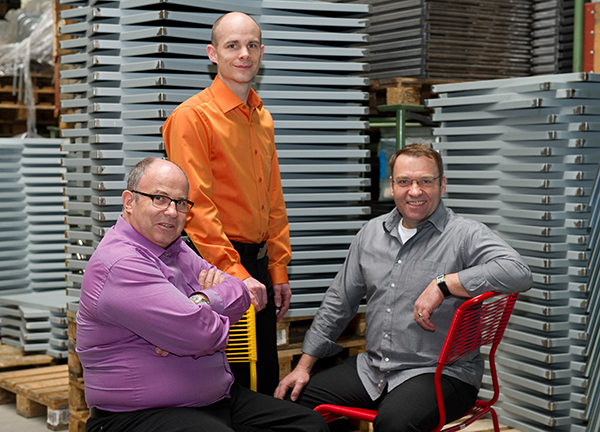 2015 Samuel Schaffner takes over the shares from his father Theo Schaffner. 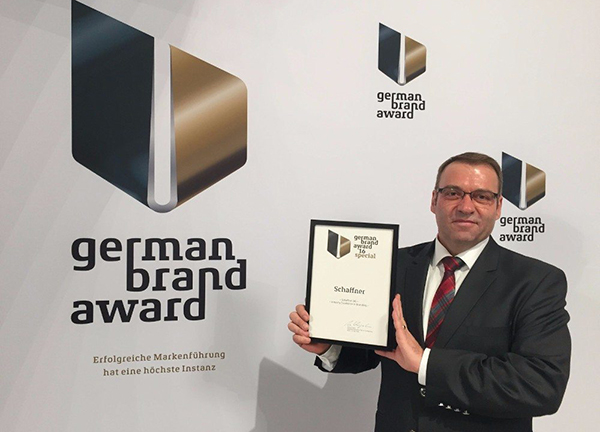 ABOUT US ¦ TEAM ¦ PRODUCTION